Plans for Monaco to host Formula E and the Historic Grand Prix alongside Formula 1 next year will not unduly risk upsetting citizens, according to principality resident Allan McNish.

The Historic GP and FE have alternated each year since 2015, but the Automobile Club de Monaco has proposed that all three events will be held across a five-week period in 2021.

FE has attracted criticism for its disruption to local residents, with protests previously held in the Chilean capital city of Santiago and Bern in Switzerland, the latter of which was dropped from the calendar.

But Audi FE team principal Allan McNish, who lives on the outskirts of Monaco, reckoned that such a compacted 2021 schedule would not lead to a similar backlash in the principality.

He told Autosport: "I don't think we risk upsetting locals too much because you don't shut it all down.

"The build work for the actual grand prix starts in March - so you do have quite a long lead time.

"There's always different events going on in the area beside the port anyway: the horse show, the yacht show, the grand prix, the rally.

"In that respect, it's not as if the motor racing in that month of May is the only thing that goes on."

McNish added that residents were accepting of one-off events closing down the streets, such as Charles Leclerc lapping the F1 circuit last Sunday in a Ferrari SF90 Stradale to record a remake of the famed 'C'etait un Rendezvous' short film. 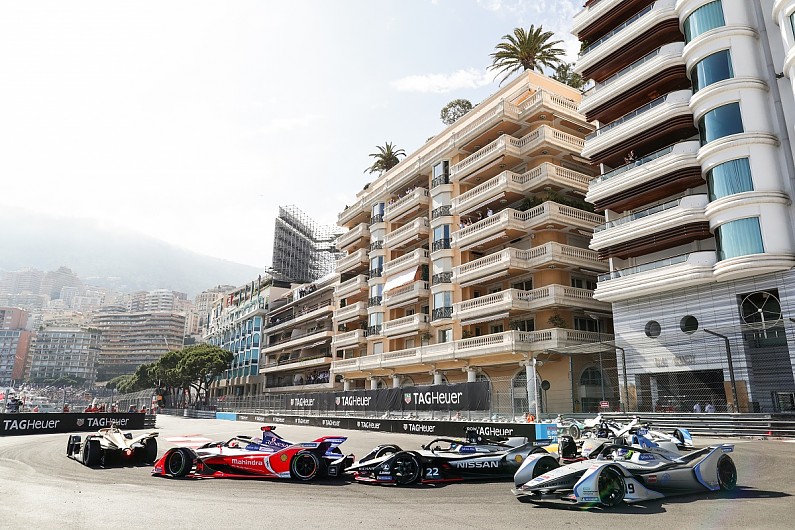 Three-time Le Mans 24 Hours winner McNish also said: "I think it definitely poses some challenges, but more in terms of the number of marshals that will be required.

"But in practical terms, I think that the organisers will be able to get round those things quite OK."

The team's driver Edoardo Mortara, who lives in Switzerland, said: "For the Monaco residents, it's going to be probably a little bit more difficult, but you don't have that many people actually living in Monaco.

"It's going to be more difficult for them, but normally they enjoy it.

"The impression that I have is that you don't have many critics from people living there."