class="injectedLinkmain" href="https://www.autoblog.com/fiat/">Fiat sold the two-seat convertible version of the 124, the Sport Spider, in North America from the 1968 through 1982 model years. After that, Pininfarina continued to build and sell the 124 Sport Spider through 1985. Like the similarly cheap and fun MGB, plenty of these cars were sold, and huge numbers remain in back yards, garages, and driveways across the continent. Those unfinished projects continue to get evicted, which means I see a good half-dozen discarded 124 Sport Spiders in junkyards every year, about the same quantity now as you'd have seen 30 years ago. Here's a once-snazzy tan '75, spotted in Denver. 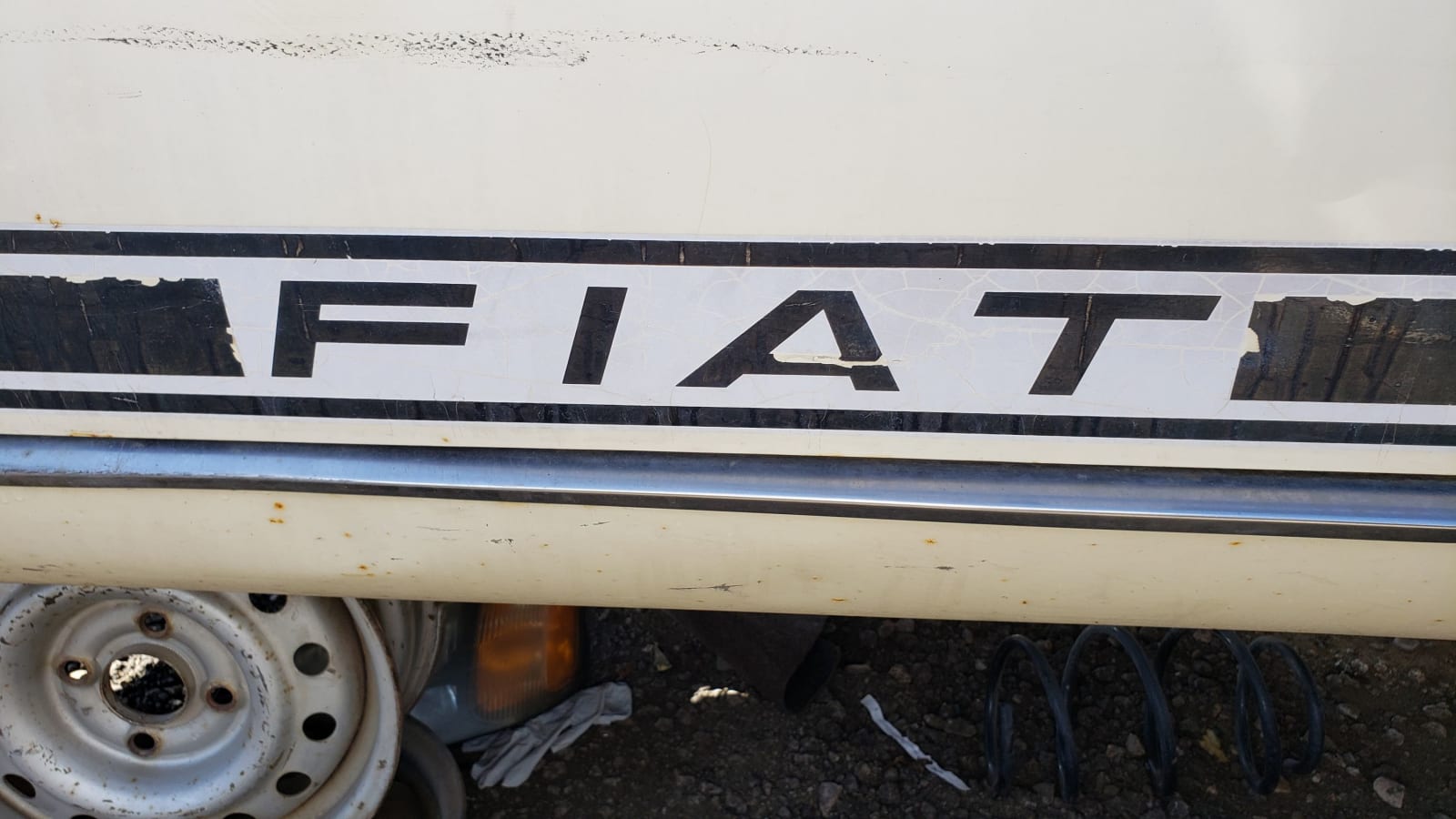 Fiats became somewhat mainstream in the United States during the early 1970s, with the extremely cheap 128 stealing plenty of Beetle and (a bit later) Civic sales. The 124 Sport Spider competed directly against the MGB, and both types once served as commonplace daily drivers all over the country. 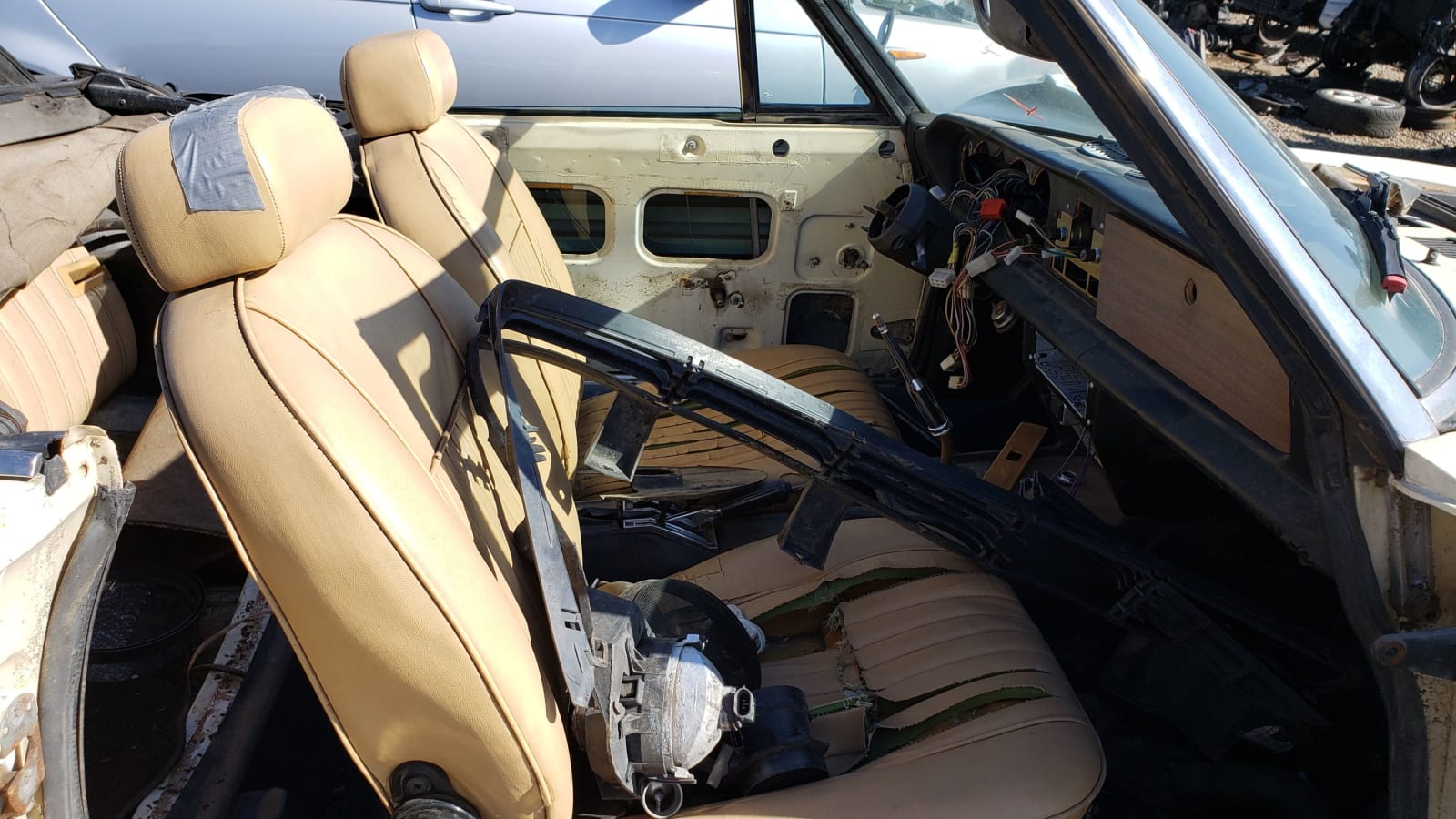 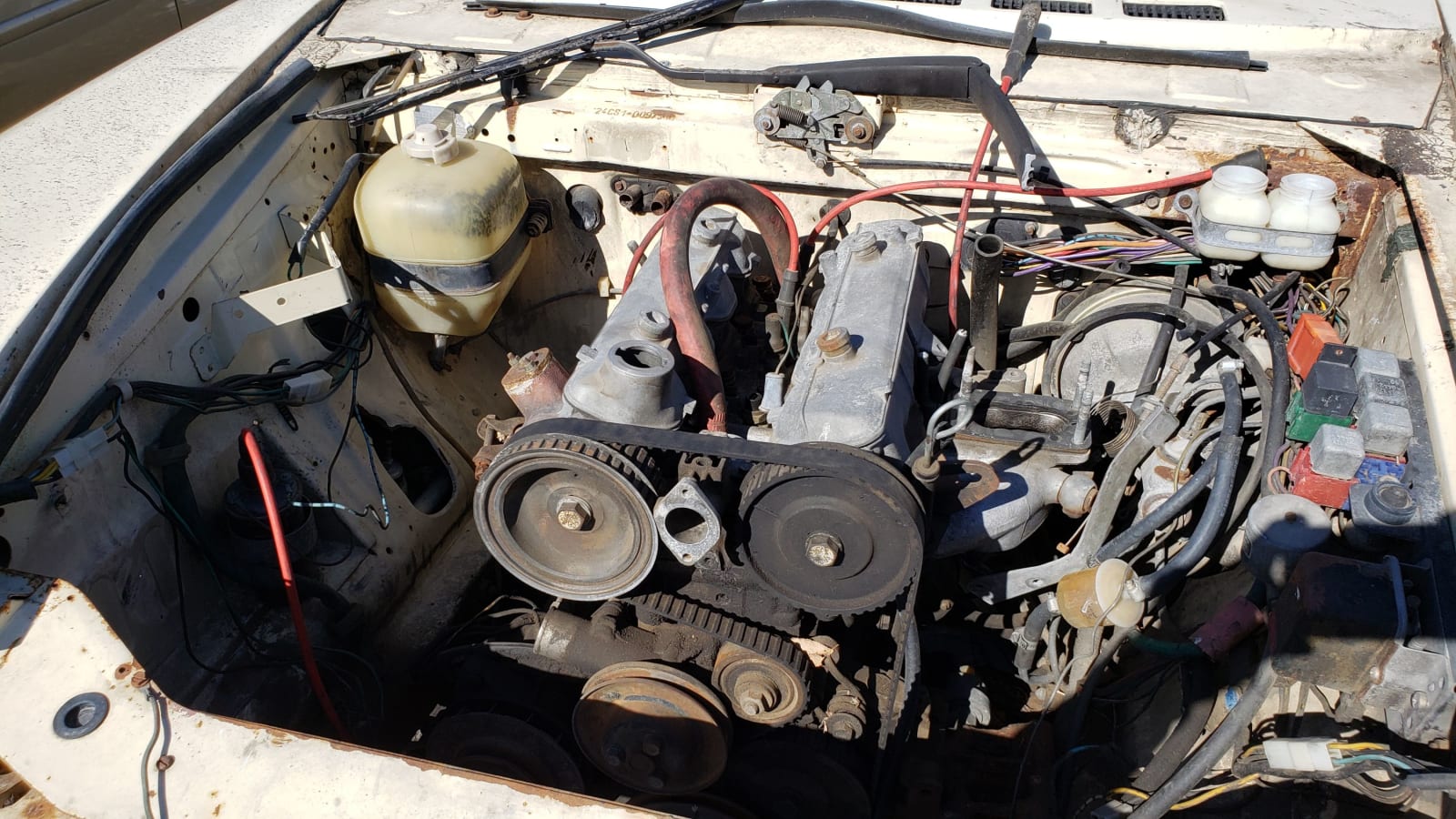 The Fiat Twin Cam DOHC straight-four was decades more modern than the MGB's elderly (but quite sturdy) pushrod BMC B engine. If this is the original engine, it displaced 1,756cc. 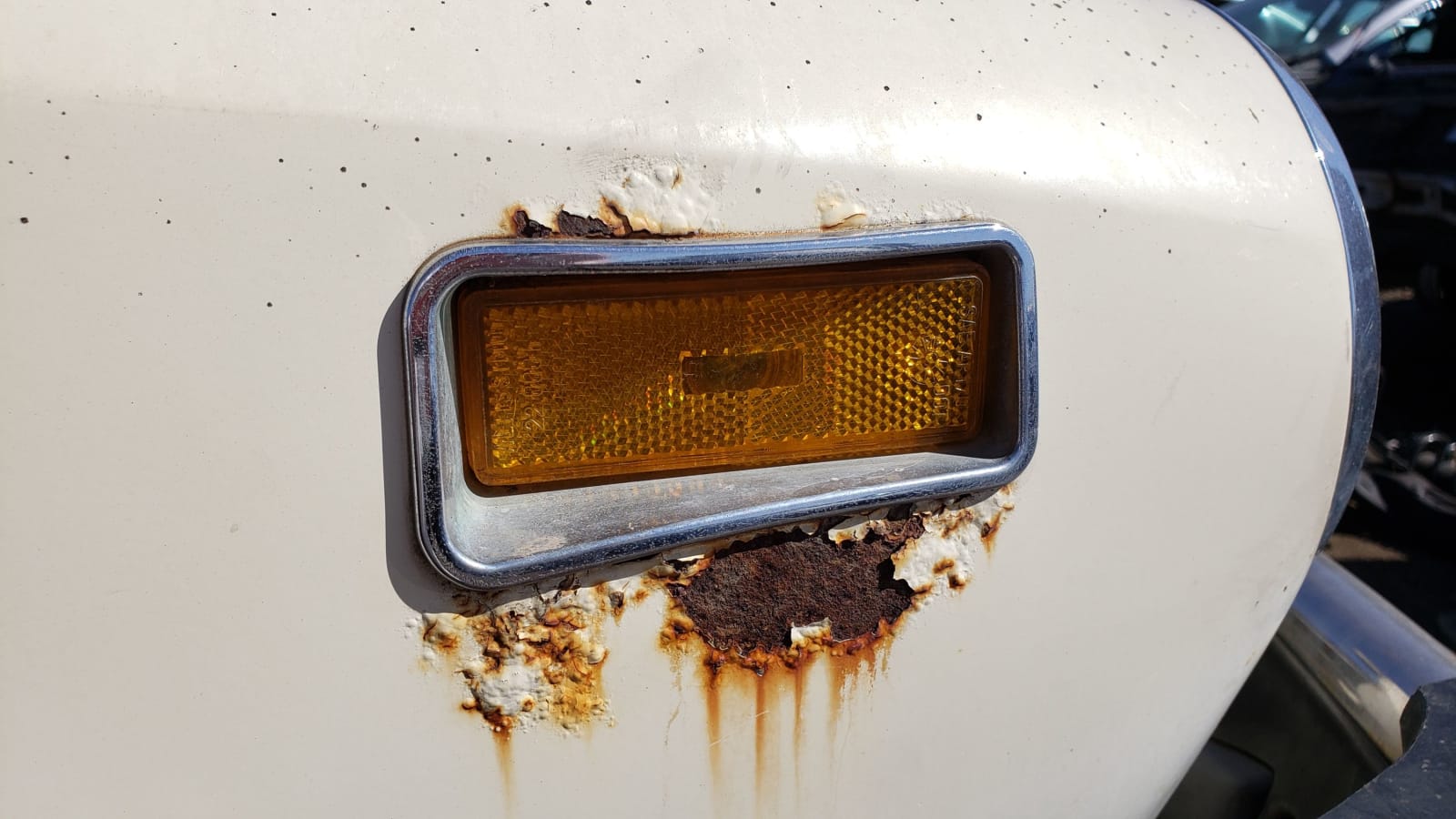 There's enough rust to scare off would-be restorers, but this car could have been put back on the street at fairly low cost. 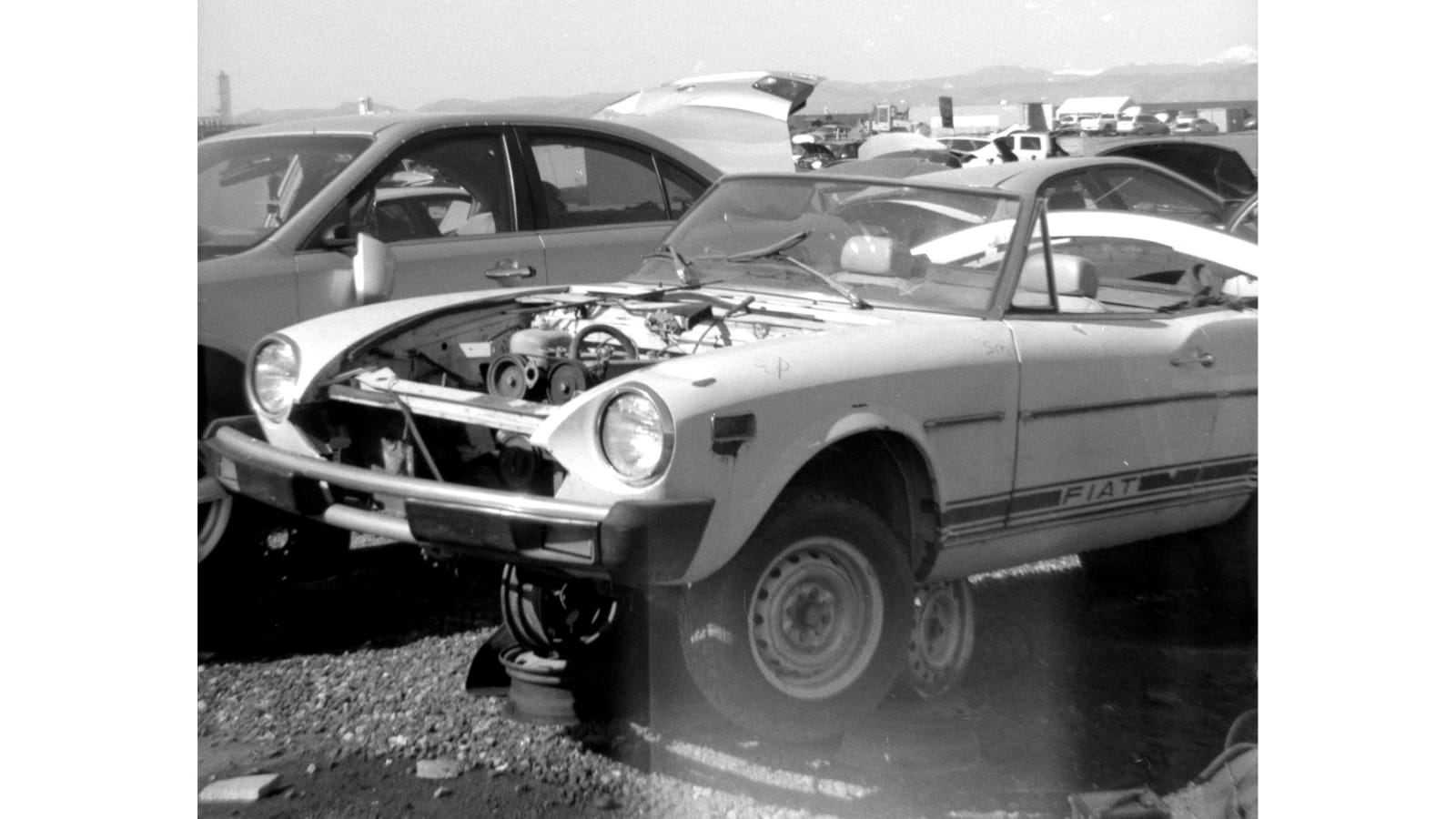 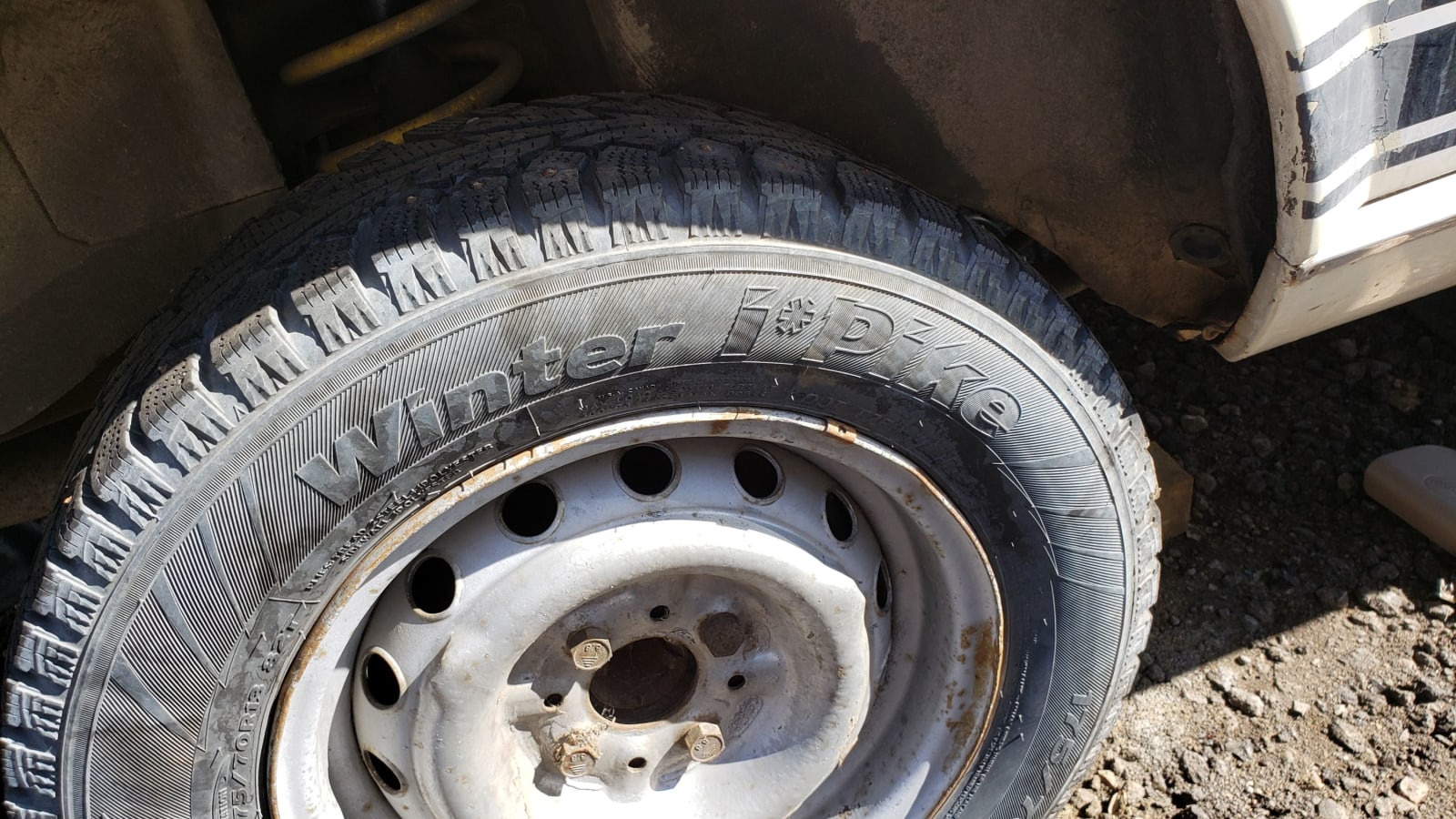 You can tell a sports car owner is serious when you see studded snow tires on the car.

The car so good, it made you hallucinate romantic drives with Rolls-Royce owners.