Charlie Hunnam would ‘star opposite’ Meghan Markle if the roles were ‘good’ for the both of them | If Meghan Markle ever decides to return to acting, she might already have a co-star. 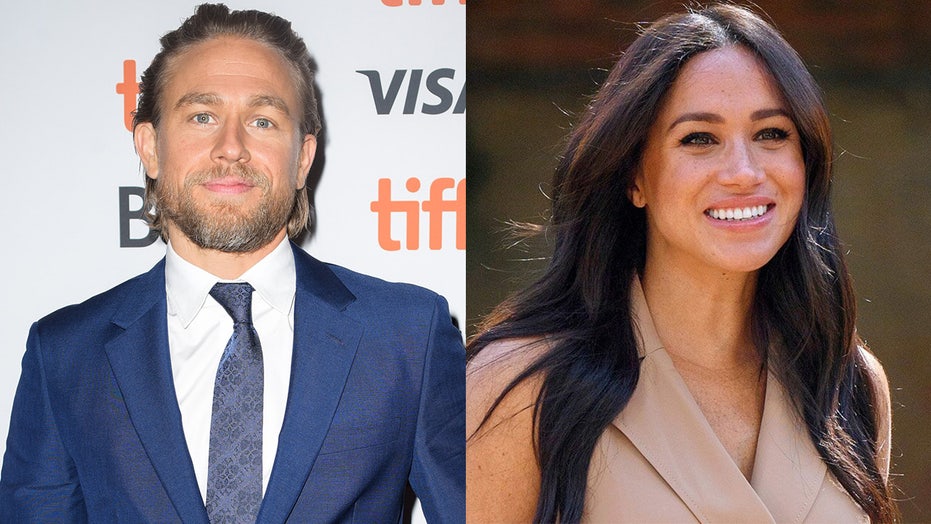 If Meghan Markle ever decides to return to acting, she might already have a co-star.

A TMZ cameraman recently asked Charlie Hunnam -- as he was standing outside Los Angeles International Airport (LAX) -- about his thoughts on the Duchess of Sussex, 38, and her husband Prince Harry's historic announcement to step away from their duties as senior royals.

When asked about the possibility of Markle's return to Hollywood, the 39-year-old English actor said of the former "Suits" actress: “We'll see. I don't know either."

WILL MEGHAN MARKLE BE ABLE TO PROFIT FROM HER CELEBRITY STATUS?

He added: "Hopefully, I mean, if that’s a real passion for her and it’s something that nourishes her and is important, hopefully, she gets the opportunity to keep pursuing that."

And when asked if he'd ever star alongside Markle, should he have the opportunity, Hunnam -- who doesn't know Meghan or Harry -- appeared open to the idea.

MEGHAN MARKLE, PRINCE HARRY WON'T HAVE 'PROTECTIONS' IN US AS THEY DO 'AT HOME' WITH PAPARRAZI, ATTORNEY SAYS

Of the Sussexes' shocking announcement, the "Gentleman" star noted that "doesn't know much about it" and "doesn't have that strong of an opinion," but that overall he "always" feels like "we all deserve a little autonomy in our lives and the opportunity to find some happiness,” Hunnam said.

He continued: “Those poor boys were born into an enormous responsibility, and the English press is brutal and the scrutiny that those guys are under I’m sure is brutal. I just feel like, more power to them if they think that they can find some happiness and peace elsewhere. Just let them do their thing.”

Rumors have run rampant since Meghan and Harry, 35, announced last week that they plan to "step back" from their royal duties. In particular, the buzz has been that the duo would turn to Hollywood in order to reach their goal to "become financially independent."

The idea is fueled not only by Markle's previous connection to Hollywood, having starred in the cable drama "Suits," but also by a similar move made by the Obamas after former president Barack Obama's time in office.

MEGHAN MARKLE WOULD BE WELCOMED IN HOLLYWOOD WITH OPERN ARMS, EXPERTS SAY

The former president and his wife, Michelle Obama, signed a deal with Netflix in 2018 to produce both scripted and non-scripted content, and now, network executives are interested in creating a similar deal with the Duke and Duchess of Sussex.

"If Meghan called anybody right now, believe me, we'd all run to the phone," NBC exec Bill McGoldrick, who worked closely with Markle on "Suits," told The Hollywood Reporter.

McGoldrick, however, also expects that the royal couple will focus on creating content about issues important to them, rather than just produce pure entertainment.

Celebrity publicist and public relations professional Elizabeth Much echoes such sentiments to THR, saying, "It would be more difficult in the acting arena since Meghan's fame is so enormous, but having said that, there will always be places that will hire her. She's a really good actress, too."

Of course, Markle and Harry have already begun to dip their toes into the Hollywood waters with Markle reportedly providing a voice-over for a Disney project and Harry producing an Apple TV+ series on mental health alongside Oprah Winfrey.