'E.T.' star Henry Thomas tried to fake urine sample after DUI arrest: police | Henry Thomas, known for his role in “E.T. the Extra-Terrestrial,” tried to fake out the police after he was arrested for DUI in Oregon. 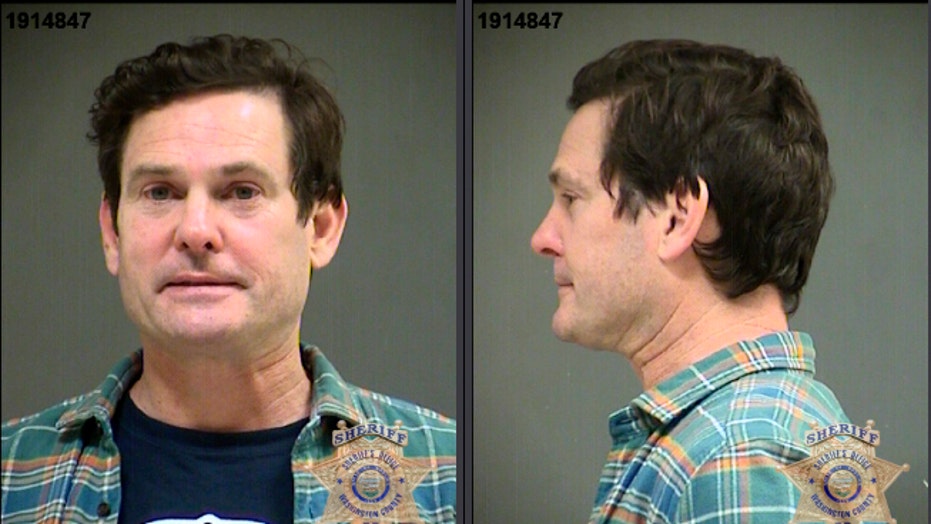 Henry Thomas, known for his role in “E.T. the Extra-Terrestrial,” tried to fake out the police after he was arrested for DUI in Oregon, according to a report.

The "The Haunting of Hill House" actor allegedly tried to use toilet water instead of a urine sample in the hopes of passing his blood-alcohol test.

According to the Tualatin Police Department report obtained by TMZ, he refused to complete his breathalyzer and field sobriety tests when pulled over in October, so he was taken to the station.

The 48-year-old was put in a holding cell and asked for a urine sample. Thomas requested to use the toilet, police say, and then attempted to swap the water for urine when the officer turned his back.

The report described the sample as "not warm, clear and filled to the brim," and said Thomas denied tampering with the sample.

In late October, the Tualatin Police Department in Oregon confirmed to Fox News that officers received a 911 call about a suspicious vehicle parked in a lane for travel. When police arrived at the scene, they found Thomas passed out behind the wheel of the motionless vehicle.

The officers reportedly had to wake him up. They quickly noticed signs of intoxication and promptly took him to Washington County Jail, where he was charged with a misdemeanor DUI, according to the department's public information officer, Jennifer Massey.

Henry Thomas, who starred in 1982's "E.T. the Extra-Terrestrial," attended a special screening of Netflix's "The Haunting of Hill House" at The Welsh Chapel on October 2, 2018 in London, England. (Getty)

In November, he reportedly accepted a plea deal that will allow him to avoid jail time following his DUI arrest.

Thomas pleaded no contest to driving under the influence and reckless driving after he was arrested in Oregon on Oct. 21. Rather than serve any time, though, the star accepted a rather plea deal with some strings attached.

TMZ reported at the time that Thomas will enter a diversion program for one year in addition to paying a $500 fine. He’ll also have to attend a one-time victim impact panel, as well as have his vehicle outfitted with an ignition interlock device to prevent further incidents of driving under the influence. The Hollywood Reporter has revealed that Martin Scorsese’s gangster epicÂ The Irishman drew in a sizable audience in its first weekend on Netflix. According to Nielsen data, which measures viewing on TV sets within the United States, 13.16 million viewers watched the film, while at least 17 million people tuned in to watch a few minutes of the nearly three and a half hour long feature. That’s a sizable jump from El Camino’s opening weekend audience (8.2 million), but not quite as much as the number raked in by Bird Box (16.9 million).

Still, considering its length, The Irishman is shaping up to be quite the streaming blockbuster.

RELATED:Â CS Soapbox: Is It Okay to Watch The Irishman on a Phone?

An epic saga of organized crime in post-war America told through the eyes of World War II veteran Frank Sheeran, a hustler and hitman who worked alongside some of the most notorious figures of the 20th century. Spanning decades, the film chronicles one of the greatest unsolved mysteries in American history, the disappearance of legendary union boss Jimmy Hoffa, and offers a monumental journey through the hidden corridors of organized crime: its inner workings, rivalries, and connections to mainstream politics.

RELATED:Â National Board of Review Names The Irishman Best Film

The Irishman, based on the book by Charles Brandt, will employ extensive (and expensive) digital de-aging techniques so the older actors can portray their characters through the decades. Joe Pesci will portray Pennsylvania Mafia bossÂ Russell Bufalino, who may have hadÂ a hand in the disappearance of Jimmy Hoffa. Ray Romano will play another member of the same crime family, Bill Bufalino. The post The Irishman Draws Huge Audience According to Nielsen Data appeared first on ComingSoon.net.

Kelvin Fletcher wowed judges with his Quickstep as he took to the stage for the first time in the Strictly Come Dancing semi-finals. However, it was a cheeky comment from Shirley Ballas that really got BBC viewers talking as they slammed the head judge for commenting on Kelvin’s impressive ’woodpecker’ he displayed during the routine.

Commenting on Kelvin’s performance, Shirley said: “I put my tough hat on, it’s the semi-finals I’m wondering what’s going to happen and you stayed connected.

“I don’t know what a woodpecker is,” Kelvin confessed to Oti Mabuse.

“It’s when you tap your foot behind,” head judge Shirley explained.

While Shirley attempted to finish her critique of the dance, Bruno Tonioli burst out laughing at her ‘woodpecker’ comment which could have a far more cheekier meaning.

“Shirley a bit too excited by Kelvin's woodpecker #strictly,” a third added.

“Catching up on tonight’s #Strictly…Kelvin and his amazing woodpecker,” a fifth tweeted alongside laughing emojis.

“Shirley Ballas IS the embodiment of the UK public when she says she loves Kelvin’s woodpecker #Strictly,” a sixth remarked.

Meanwhile, Chris Ramsey could make it to the final in a shock twist as former professional Camilla Sacre-Dallerup revealed what it takes to succeed in the show.

Despite being the ranked outsider to lift the Glitterball Trophy at 33/1, Camilla explained why the comedian could win.

In an exclusive interview with Express.co.uk, Camilla was asked if the professionals can spot which celebrities will do well in the competition.

“Oh, yeah, definitely,” she revealed. “I mean, you can spot immediately if somebody has any sort of experience in moving on a stage.

I’m A Celebrity… Get Me Out of Here! is hotting up as it is less than 24 hours away until the new King or Queen of the Jungle is crowned. As Caitlyn and Nadine became the latest celebrities to be sent home, Kate Garraway admitted she was surprised to still be in the jungle after the duo were eliminated.

The six remaining contestants were left shocked last night (December 6) when hosts Ant and Dec revealed two of the campmates would be sent home.

It was Nadine and Caitlyn who had to wave goodbye to their time in the jungle which left the rest of the camp emotional at their exit.

Jacqueline Jossa was quick to praise the two eliminated stars, calling the experience alongside them “a dream” after they left camp.

“It honestly feels like a dream, imagine being a fan of two people and living with them for three weeks and I can’t believe they are gone I love them both,” she gushed.

Roman noted: “I came into camp with Nadine on day one and she absolutely smashed it, she was so looking forward to seeing her little girl.”

However, Kate Garraway soon expressed her shock at still being in the camp ahead of “down to earth” Caitlyn.

She said: “It’s preposterous to stay longer than Caitlyn Jenner, she’s the most down to earth billionaire I’ve ever met. What an absolute legend.”

After waving them off over the bridge, Coronation Street star Andy Whyment said: “I’m buzzing I beat Ian Wright and I beat Caitlyn Jenner, it feels so surreal.”

I'm A Celebrity: Caitlyn and Nadine were both sent home in a double elimination twist (Image: ITV)

Viewers saw Caitlyn left emotional last night after her jungle exit in which she described as “a test” and was complimentary towards all of her campmates.

“I came here to kind of test myself. I did the show 16 years ago, I turned 70 and thought what a challenge.

“I knew it wasn’t going to be easy. First night I didn’t think it would be easy."

She told the hosts that “everyone deserves to win” but did manage to pick her favourite.

“Roman has been absolutely great, Andy came in late and was phenomenal… I would probably pick Roman,” she revealed.

Last night also saw Nadine Coyle have to walk away from the jungle and also admitted that the experience was harder than she anticipated it to be.

She also spoke about how Caitlyn gave her the confidence to jump out of a helicopter on the first day of the series even though she was terrified.

Everything coming to HBO Now in February 2020
Why 'I'm too busy' isn't an acceptable excuse
Death in Paradise: When is Ralf Little’s first episode?
The Masked Singer: Axed contestants spill all on behind-the-scenes secrets
Aaron Hernandez Netflix documentary explores his sexuality, final days: 'Everything came together as a perfect storm'
Save on this charging dock for the iPhone, Apple Watch, and AirPods
9 ways to learn a language without leaving the country — or the couch
This Bluetooth-enabled SNES controller is nostalgic in the best way
This $39 software is a simple and lightweight alternative to Adobe
STEPHEN WARD: The society scapegoat
Coronation Street spoilers: Sarah Platt makes unforgivable choice as she betrays Adam?
Emmerdale spoilers: Rhona Goskirk flees village after Pierce kills Graham Foster?
ADVERTISING