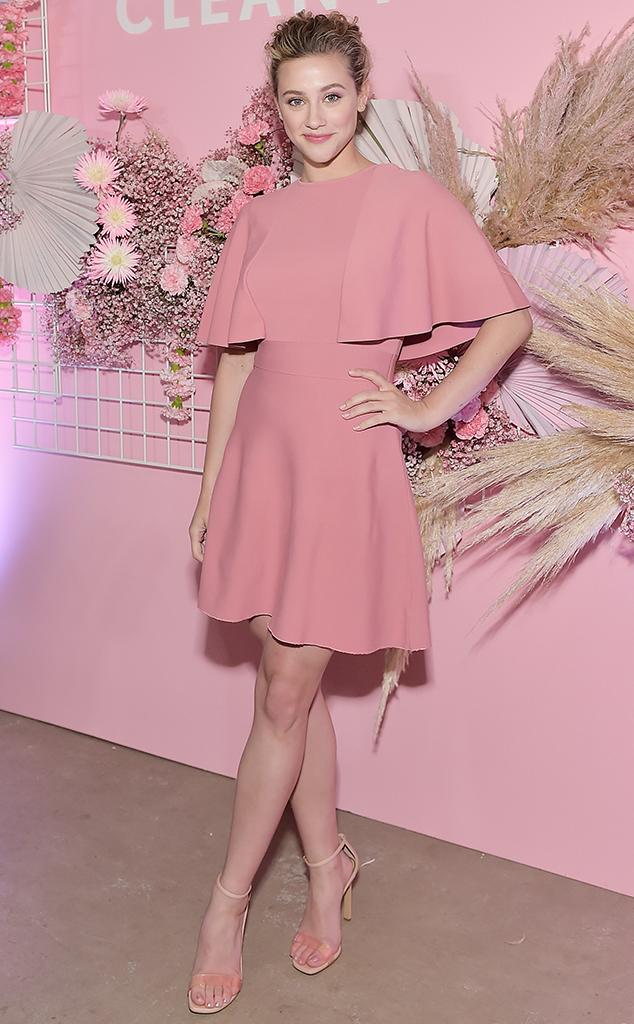 Lili Reinhart is opening up about her sexuality.

On Wednesday, the Riverdale actress came out as bisexual while showing her support for the LGBTQ+ For #BlackLivesMatter protest in West Hollywood, Calif. Taking to Instagram to spread awareness, she encouraged fans to walk alongside her for the cause and proudly identified herself as bisexual.

"Although I've never announced it publicly before, I am a proud bisexual woman," she shared on her Stories, along with a flyer with details surrounding the event. "And I will be joining this protest today. Come join."

This news comes weeks after Reinhart and her co-star Cole Sprouse announced that they had broken up after three years of dating. While neither party has addressed the split publicly, a source close to the former couple told E! News that Reinhart and Sprouse's new relationship status may not last for long, noting that they expect Reinhart and Sprouse to reconcile.

"Lili and Cole were in a good place when Riverdale was shut down due to the coronavirus outbreak, but they isolated separately and distance has never been a good thing for their relationship," the insider explained. "When Cole and Lili are around each other often, things are very good. Their relationship is very intimate and affectionate, but things become much more complicated when they're apart."

Another source added, "They know they will likely reconcile once filming resumes. Both aren't interested in dating other people, just using this time to chill and focus on themselves."

In the wake of George Floyd's death, Reinhart has been using her platform to encourage her fans to take a stand against racial injustice. In addition to participating in #BlackOutTuesday by posting a picture of a black square to her timeline, she has also been sharing links to resources that help give back to the cause.

"I want to say that I am ashamed of the racism that exists in this country," she tweeted. "We are taught to look at our police officers as helpful and friendly when we learn about 'leaders' in elementary school. Our 'leaders' have failed us today."

She also came to her Riverdale co-star Vanessa Morgan Kopech's defense after Morgan spoke out about being "used as a sidekick" to The CW series' white characters.

"Tired of how black people are portrayed in media, tired of us being portrayed as thugs, dangerous or angry scary people," Morgan wrote on social media. "Tired of us also being used as side kick non dimensional characters to our white leads. Or only used in the ads for diversity but not actually in the show. It starts with the media. I'm not being quiet anymore."

"E! stands in solidarity with the black community against systemic racism and oppression experienced every day in America," the network said in a statement on May 31. "We owe it to our black staff, talent, production partners and viewers to demand change and accountability. To be silent is to be complicit. #BlackLivesMatter."